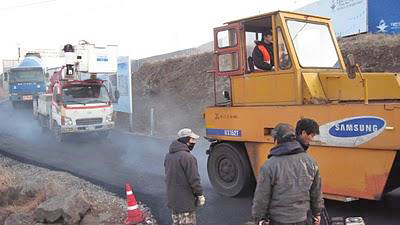 Boycott Samsung products.
They are the lead contractor for the base construction. 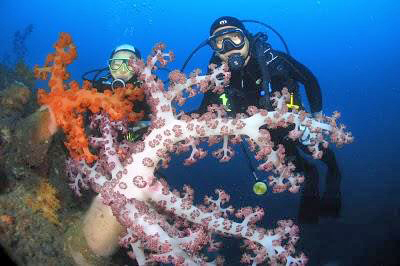 The soft coral just offshore of the Gangjeong village 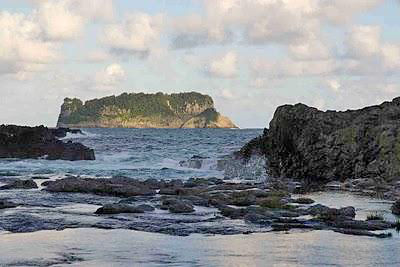 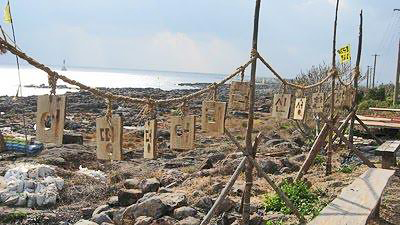 In her latest report from the Gangjeong village on Jeju Island, South Korea Global Network board member Sung-Hee Choi reports:

Nowadays I am going to one-hour, one-man protest every afternoon in front of gate of the Navy field office, beside daily morning watch in the Joongduk coast. Yesterday, there were lots of workers who were working on the paving the road outside the gate.

They looked very weary and sad. I remembered my senior friend who advised me to have positive and reversing thought on the current construction being processed. So I shouted them, "I understand you. I am not angry with you. I know you are working on this because of your livelihood. So I don't hate you. Let's convert those builds inside the gate into our children's school in the future. "

Then surprising things happened. I could see a worker working on the top of roller lightly nodded me. And another worker came to me and said, "There are little of us who really enjoy this work. I have been in the Joongduk coast for Christmas peace mass led by Fr. Kang Woo-Il on Christmas day. But what can we do as we are so powerless?"

I can never forget such sad face of his. I took hold of his hands and said, "We can win, let's together save the Jeju as the Island of Peace."

Something was happening inside me. Most of the construction workers inside the Navy field office came from the Jeju. They love their home. They don't want base. But they work on it because they have to feed themselves. Yesterday, I read an article that a construction worker in Seoul died being frozen because of coldness in his small and unheated room. The situation of workers in the Jeju could be worse.

I was upset by such sad situation. I saw many of the workers inside the Navy field office work in such sad and haggard faces yesterday. I would remember the scene for a long time.

Days ago, another worker inside the base came to me and said similar thing that he was not really enjoying his works. He is a Gangjeong villager and seemed to be hated by some villagers who are opposing the naval base. His face looked very sad, too. He said how powerless he was.

I have never seen such sad faces... and I wanted to cry.

The villagers are crying deep inside.. even though they look worn out and appear passive in the struggle... they cry inside.