The curious case of Okinotori: reef, rock, or island?

Dr. June Teufel Dreyer (jdreyer@miami.edu) is professor of Political Science at the University of Miami and author of  "Middle Kingdom and Empire of the Rising Sun: Sino-Japanese Relations Past and Present,” Oxford University Press 2016. The online version of this PacNet article is available here. 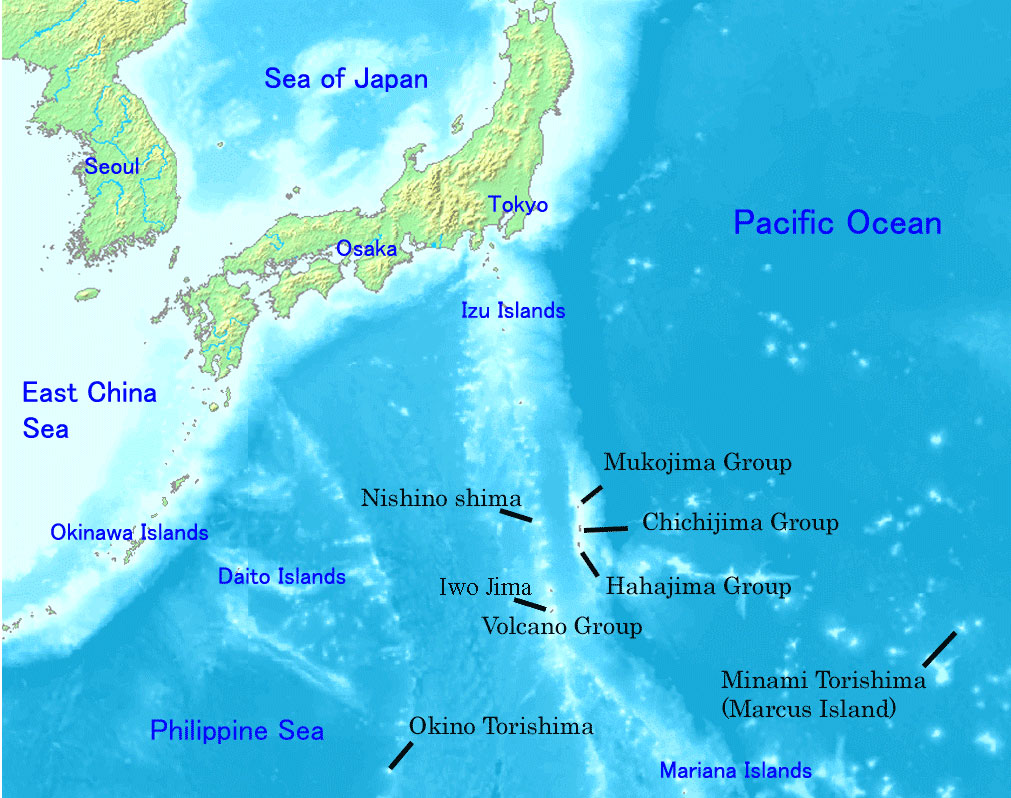 The July 12 ruling of the Permanent Court of Arbitration (PCA) in The Hague in favor of the Philippines’ case against China’s claim to sovereignty over large portions of the South China Sea created ripple effects that went far beyond the area involved. In denying that many of the entities claimed by the People’s Republic of China (PRC) were islands, which would entitle them to exclusive economic zones (EEZs) of 200 nautical miles from their base lines, but rocks, which are entitled to only a 12-mile exclusion zone, the tribunal also undermined the Japanese government’s claim that Okinotori is an island.

These distinctions are not trivial. If Okinotori were recognized as an island, Japan would be entitled to an additional 116,474 sq. nautical miles, or about 400,000 sq. km, of EEZ. This is larger than the total land area of the rest of Japan.

The Japanese government, which had previously transferred coast guard vessels to the Philippines to assist Manila in patrolling areas claimed by China, immediately affirmed the PCA’s decision, but also reiterated Japan’s claim to Okinotori’s status as an island, Okinotorishima. Foreign Minister Kishida Fumio noted that the court’s verdict applied only to the issues between China and the Philippines, adding that Okinotori had been regarded as an island since 1931 – presumably because the Japanese government’s declaration of sovereignty over it as a shima, island, in that year was uncontested – and, further, that the court had not set the standards for what constitutes a rock. Earlier, Kuribayashi Tadao, a highly regarded Japanese expert on the law of the sea, had argued that there was no legal definition of a rock, and since rocks are not coral reefs, a country can claim an EEZ based on its possession of the latter. Chief Cabinet Secretary Suga Yoshihide essentially repeated Kishida’s points the following day.

Where in the world is Okinotori?

Located about midway between Guam and Taiwan, the entity, whose name translates “Distant Bird,” is 1,050 miles from Tokyo, making it Japan’s southernmost possession. Part of the Ogasawara (Bonin) island chain, Okinotori is so small that that it is not even marked on most maps. The first mention of its existence was recorded in the log of the British ship Iphigenia in 1789, under the name Douglass Reef. It is noteworthy that the British record refers to the outcropping as a reef, which is defined as a ridge of rock, sand, or coral, the top of which lies close to the surface of the sea. By contrast, an island is a naturally formed area of land surrounded by water that stays above water at high tide, and which can sustain human habitation. According to Article 121 (3) of the United Nations Convention on the Law of the Sea (UNCLOS), entities that are above water at high tide but cannot sustain human habitation or economic life of their own are not considered islands but rocks, and are not entitled to an EEZ.

The British did not claim Douglass Reef, and the next known visits were from a Japanese ship, the Manshu, in 1921 and 1925. After ascertaining that no other claimants to the area existed, the Japanese government in 1931 declared sovereignty over what it called Okinotorishima, placing it under the jurisdiction of Tokyo municipality, along with the rest of the Ogasawaras. The impetus for the annexation is believed to have come from the imperial navy, since the area, in the midst of the Philippine Sea, is strategically located and surrounded by deep water. Plans for a hydroplane base, a lighthouse, and a meteorological observation site were interrupted by the outbreak of World War II.

After the war, the US occupied the Ogasawaras, including Okinotori, returning them in 1968 to little notice and no recorded objections. In 1983, Japan became a signatory to UNCLOS and, based on its possession of Okinotorishima, claimed the aforementioned 154,000 sq. mile EEZ.   Whatever its condition in 1789 and the 1920s – during the latter, the navy referred to it as five entities above sea level – erosion had by the 1970s reduced Okinotori to two, typically described as the size of king-sized beds. In the 1980s, perhaps in response to Chinese hydrographic mapping activities in the area, the Japanese government began to literally shore up its claims. Okinotori’s remaining natural features were surrounded with 82-foot thick concrete floors and steel breakwaters to stave off further erosion. Slits were cut in the concrete casing to comply with the UNCLOS stipulation that an island must be surrounded by water, and the smaller outcropping was covered by a titanium net to shield it from debris thrown up by waves. The site was seeded with calciferous micro-organisms. In 1988, Japan’s Marine Science and Technology Center installed a marine investigation facility, and regularly repairs it after typhoons. The total expenditure exceeded $600 million.

The Chinese government expressed its displeasure. In April 2004, at a meeting of mid-level diplomats from both sides after the Japanese government objected to China’s hydrographic exploration activities in the area, Beijing declared for the first time that it considered Okinotori a rock, not an island, and therefore not entitled to an EEZ.

The Japanese government did not respond, incentivizing the Nippon Foundation a private organization that has sponsored nationalistic causes as well as charitable and other activities, to take action. An investigative delegation landed on the rock/reef/island the following February, later proposing projectsdesigned to create the conditions for self-sustaining economic activity and, eventually, human habitation.

And why does anyone care?

Under international law, while the EEZ waters beyond the 12-mile territorial sea are regarded as international, the state possessing the EEZ has the right to exploit, conserve, and manage its natural resources, whether living or nonliving, of the seabed and the waters lying immediately above it with regard to other activities for the economic exploitation and exploration of the zone, such as the production of energy from the water, currents, and winds. The state also has jurisdiction over the establishment and use of artificial islands, installation and structures, marine scientific research, and the protection and preservation of the marine environment.

With the world’s fishery stocks rapidly depleting due to rising demand from growing populations and overfishing, who has jurisdiction has been an increasingly contentious issue. Fishing rights became an issue between Taiwan and Japan in April 2016, when Japanese authorities seized and fined a Taiwanese fishing boat within the former’s claimed EEZ. Taiwan, whose fishing associations constitute a strong lobby group, also objects to the existence of an EEZ in the area.

An EEZ extending from Okinotori has strategic significance as well. The area is potentially rich in oil, other energy resources, and rare metals, and lies along the route US warships would likely take from bases in Guam to defend Japan and/or Taiwan in a confrontation with China.

What may, or may not, happen?

Japan and Taiwan’s newly inaugurated government, more Japan-friendly than its predecessor, have already established a negotiating framework that is likely to resolve their dispute. It concerns fishing rights alone, and already in 2013 the two sides reached agreement on similarly contested fishing waters elsewhere. Since China’s interests are broader, encompassing other resources as well as security issues, it will doubtless continue to object.  Since Okinotori cannot, at least at present, sustain either significant economic activity or human habitation, Tokyo’s case would appear to be weak. The only other comparable case involved the United Kingdom’s claim to the eroded remains of an extinct volcano aptly named Rockall, whose EEZ, if recognized, would establish a claim to the rich fishing grounds of the area. After the ratification of UNCLOS, London agreed to four-way talks with Dublin, Reykjavik, and Copenhagen, in essence backing away from its claim.

Still, one must ask what country would want to submit Japan’s claim to Okinotori as an island to the International Tribunal on the Law of the Sea (ITLOS). Taiwan, barred from entering the United Nations due to the PRC’s opposition, has no standing, and little incentive, to bring such a case. China, having already announced that does not believe ITLOS has jurisdiction over such matters, would have difficulty justifying what would seem a complete turn-around in its position. And thus far no other state has expressed interest in doing so.   Hence, weak or not, Japan’s stance seems likely to remain legally untested. Chinese fishermen are likely to fish in these troubled waters, as elsewhere, and Beijing will continue to defend their right to do so, reserving the right to defend it by force if need be.

In other words, the significance of the court’s decision notwithstanding, little will change in the waters surrounding Okinotori(shima). 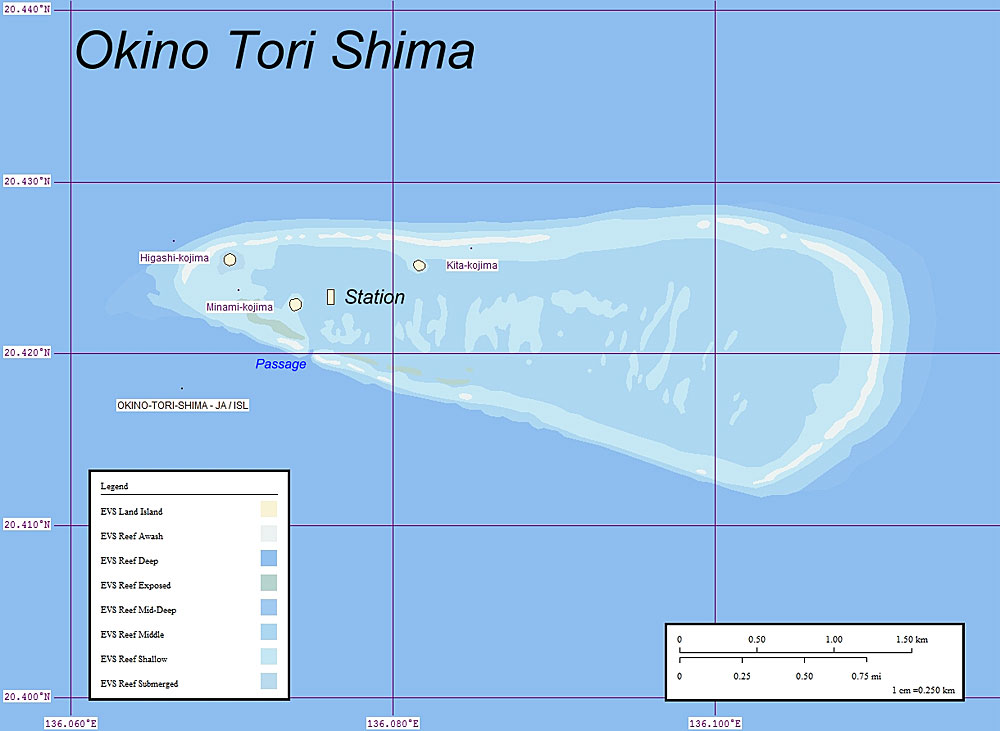