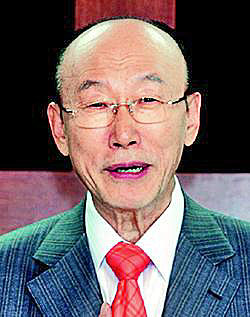 Prosecutors suspect David Yonggi Cho, 77, senior pastor at Yoido Full Gospel Church, of breach of trust resulting in 10 billion won (US$9.2 million) in losses to his church. They are also investigating him on suspicion of 6 billion won (US$5.52 million) in tax evasion, the Hankyoreh confirmed on Feb. 27. Prosecutors, who have already taken into custody Cho’s son Hee-jun, 48, the secretary general of the Yeongsan Christian Cultural Center, are planning on indicting David Cho soon.

Yoido Full Gospel Church has around one million members and is the biggest Pentecostal Christian congregation in the world. It was founded in 1958 by Cho and his mother Choi Ja-shil, who are both Assemblies of God pastors.

In Dec. 2012, investigators from the Seoul Central District Prosecutors’ Office, led by Lee Hyeon-sang, booked Cho Hee-jun without detention on charges of breach of trust according to the Act on the Aggravated Punishment for Specific Economic Crimes. He is accused of causing 15.74 billion won (US$14.49 million) of damages to the church. Allegedly, on Dec. 6, 2002, while serving as chairman of Next Media Group, he sold the church 250,000 shares of stock in I-Service at 86,984 won (US$80.06) per share, much more expensive than the market price of 24,032 won (US$22.12) per share.

According to Cho Hee-jun’s arraignment document, which was acquired by the Hankyoreh, prosecutors identified David Cho as an accomplice to the crime of breach of trust. On Nov. 28, 2002, David Cho received a report from a general manager at Yoido Full Gospel Church surnamed Kim that said, “If the elders and believers find out that the church is purchasing I-Service stock at the high price of 86,984 won per share, stock which the church has absolutely no need for, there could be a huge uproar.” Nevertheless, the pastor said, “We have no choice, since Hee-jun is in a difficult situation right now,” directing that the matter be dealt with as quietly as possible to avoid causing any trouble in the church. In other words, David Cho was receiving reports about and giving orders concerning the purchase of the stock that resulted in a loss for the church.

During the investigation, prosecutors also acquired evidence of tax evasion by David Cho. In 2004, when the Seoul regional tax office judged that this stock sale was a gift and ordered that 10.3 billion won (US$9.48 million) of taxes be paid, David Cho enlisted the aid of an accountant and submitted falsified documents to the tax office to disguise the transaction as a normal stock trade, not as a gift, prosecutors confirmed. He is suspected of using this means to only pay 4 billion won (US$3.68 million) in taxes, evading 6 billion won.

“David Cho has submitted documents about previous cases that show that such stock transactions are not subject to taxation, so we are conducting a legal review,” said a source with the prosecutors’ office. “Since we have indicted Cho Hee-jun as his accomplice, it is necessary for us to indict David Cho as well, even if only on charges of breach of trust.” 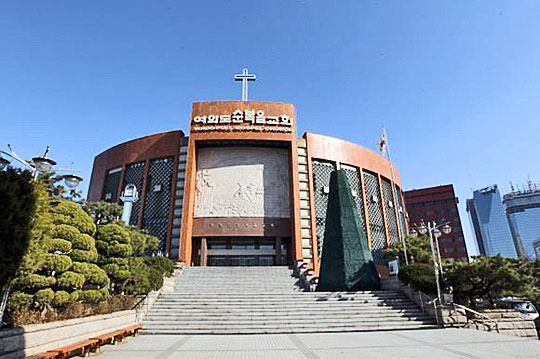