Comfort woman statue to be erected in Europe for first time 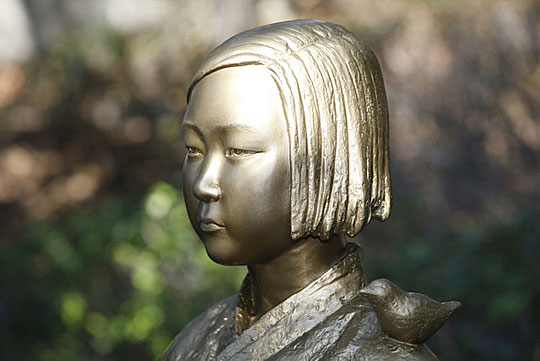 A comfort woman statue will be erected for the first time in Europe in Freiburg, Germany, the sister city of Suwon, Gyeonggi Province. Suwon Mayor Yeon Tae-yeong said at the monthly morning meeting at the auditorium of Suwon City Hall, on Sept. 5, that “A final decision has been reached with the mayor of Freiburg to erect the ‘Statue of Peace’ in the center of Freiburg, Germany.” He added, “An event to mark the unveiling of the statue is planned to coincide with the 68th anniversary of the UN’s Universal Declaration of Human Rights on Dec. 10.”

During a phone conversation between Mayor Yeon and Freiburg Mayor Dieter Salomon on Aug. 31, they agreed on the place and time of the unveiling of the “Statue of Peace.”