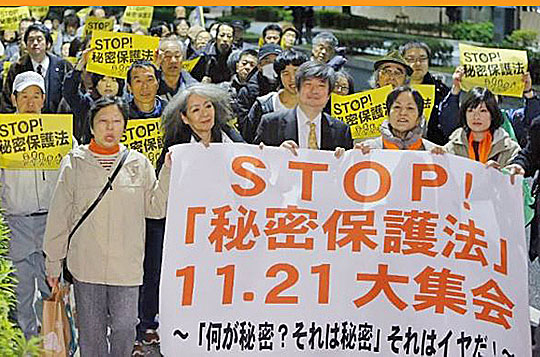 We, the National Christian Council in Japan, are opposed to the Secrecy Bill now being deliberated in the Diet.  The Secrecy Bill deprives sovereign Japanese citizens of their right to information and punishes those who are considered to be attempting access of special intelligence. It is a bad law that would significantly control the freedom of thought and religious activities of citizens.

We hereby declare our vehement opposition to this bill, which we fear, through its enactment, would once again make Japan a “Warring Nation.”

November 22, 2013
The Executive Council of the National Christian Council in Japan