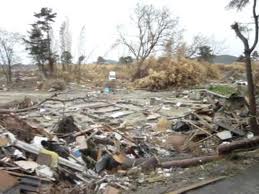 Purpose and Mission of NCC-JEDRO
The National Christian Council of Japan Ecumenical Disaster Response Office (NCC-JEDRO) was established on May 27 2011, by mandate of the Executive Council of NCCJ, as NCCJ's ecumenical response to the Great East Japan triple disaster of March 11, 2011. Manifesting the unity of the Church of Jesus Christ, JEDRO seeks to be a tangible and visible sign of hope for the people in Japan, especially the survivors, as facilitator of international support for humanitarian relief, for physical reconstruction, for accountable government, for environmental rehabilitation, and for efforts to address the spiritual and psychological trauma of people and communities devastated by the disaster. Seeking to demonstrate God's love for all people in Japan, JEDRO works with NCC-J member churches and organizations to encourage and identify self-initiated projects that answer survivors' needs. On behalf of these churches and organizations, NCC-JEDRO appeals to the international ecumenical community for solidarity in prayer and financial assistance.

ABE, Shoei (Rev.: The Japan Church of the Nazarene)

Oku-Matsushima, the Miyato and Nobiru districts in particular, were hard hit by the Great East Japan Earthquake. This project aims to 1) restore livelihoods for the residents of Miyato and Nobiru, 2) assist rebuilding and revival of their community, and 3) support restoration of the fishery industry and tourist business. (Oku-Matsushima, which lies on the Sanriku Coast, a beautiful zigzag coastline in northeast Japan, is considered one of the three most scenic spots in Japan.)

- 3,006 residents in temporary and other houses who evacuated from Nobiru

3. The said area was totally flattened by the earthquake, and the population is still in flux due to outflow of residents. One purpose of this project is to stem such outflow by providing support for the re-establishment of over 5 inns/B&Bs, 3 shops, and local fishing boats and taxi businesses for tourists. This will increase local employment for 50 to 150 Oku-Matsushima residents.

4. The economy of Oku-Matsushima is starting from zero. Therefore the economic effects of establishing this office, and the support it can provide in the area, can be immeasurable.

Location:
Oku-Matsushima region of Higashi-Matsushima City.
Particular focus on meeting the needs of Nobiru and Miyato districts, to help rebuild these communities in a manner that respects their traditions and heritage.

2. Miyato Island: Traditionally, the community of this island was comprised of several hamlets, or "hama" (shores), whose economies revolved around four fishing cooperative associations. In order to rebuild after the 3.11 disaster, residents are being asked to collaborate across these former boundaries to join together and create a new community. Higashi-Matsushima Next will support these efforts.

3. Assist, work with, and give advice to Miyato and Nobiru residents to support the above businesses and other related businesses.

4. Prepare workshops and symposiums, do research or field work to promote employment in Oku-Matsushima.

5. Establish and operate an office to coordinate the above activities.

② Support re-opening of restaurants, bars, and seafood shops for tourists, so they can fully enjoy local cuisine and seafood. Facilities for seafood sales are in urgent need of repair, maintenance and improvement.

③ Support fishery industries. We will comprehensively support restoration of marine product businesses such as production of laver (seaweed), wakame (soft seaweed), oysters, and other seafoods.

This project will focus on Miyato and Nobiru districts, which have relied for decades on fisheries and tourism, so that our activities may serve as a foothold for revitalization of the entire Oku-Matsushima area.

Oku-Matsushima is on a peninsula and in the southern part of Higashi-Matsushima City. It is part of Miyagi Matsushima, one of the three most scenic spots in Japan. Due to the Great East Japan Earthquake and the ensuing tsunami, Nobiru was totally flattened, and Miyato, located across a narrow straight from Nobiru, has turned into an isolated community.

Statistics of Damages and Fatalities in Oku-Matsushima city

Miyato Island consists of four shores, or "Hama." Among islands in Matsushima Bay, it is the largest. The scenic view from Miyato Island's Ōtakamori is counted as one of the four best in Matsushima. It is also a fertile fishing ground. For this reason, Miyato Island residents have been living on fishery- and tourism-related businesses for many years. Across from Miyato Island is Nobiru, whose main street is Oku-Matsushima Park Line, or Prefectural Route 27. Along Route 27 stood many stores and businesses, which have continuously supported the logistics of Miyato Island. Nobiru's main industries have been sales of Miyato Island sea products and other food products such as laver seaweed and oysters, as well as "minshuku" (traditional, family-run inns) for tourists. On March 11, 2011, this area was totally destroyed. Elderly people have been forced to move into temporary houses, or returned to their homes in the area (where possible), but many of the younger generations have left the area due to losses of homes and jobs. In particular, difficulties in transportation to and from the mainland have led to the isolation of Miyato Island.

Over the past Miyato Island has learned many lessons from the destruction of Nobiru after every tsunami. They have seriously disciplined themselves with evacuation plans. This project was prepared after many discussions with regional and municipal offices, to review once again the community's safety plans. All plans below take into consideration such renewed safety policies, and we will continue to reinforce safety and support disaster prevention activities.

Higashi-Matsushima Next plans to engage in the following activities up to March 2014:

1. Ongoing Activities – Work will continue in these activity areas and be developed further.

2) Support "Chiisana Ippo no Kai" (The Little First Step Association), a NPO run by local five women from Miyato and Nobiru, in restoration of stores. Their goal is to reopen them on March 31, 2012.

3) We applied to Toyota Foundation for JPY 3 million and received a pledge of \2.4 million. This amount will be allocated for the budget of grass-roots activities.

5) Facilitated donation of two forklifts to Miyato Aquafarming Association and others in February 2012. Planning further donations of three forklifts in April.

6) Re-start sightseeing boats for tourists as early as possible.

7) Fishing abalone for the present year was banned due to the damage of young shells. We will support the new year's overall plan.

9) Purchase Karaoke instruments as a test case. (planned for March)

- Perform study, research, planning and recommendations regarding concrete measures for the revitalization of Miyato, and establish a meeting place for local communication. (a portable container is being considered)

- Secure transportation network. (proposal and planning of shuttle bus between Matsushima and Miyato)

- Support the erection of stores that can offer local cuisine and sell local products. (start with prefabricated structures)

[Regarding Establishment of an Office]

- We believe that an office is needed to supplement and perform the above activities.

- The office will need staff who have been active since soon after the disaster as volunteers and who know Oku-Matsushima very well.

- The office will provide clerical support and supplementation in all of the activities listed above.

- The office will supplement activities that have been approved by Matsushima Next.

- A search for personnel and appeal for volunteers can proceed, in cooperation with Higashi-Matsushima City Hall, public social and employment assistance institutions and Higashi-Matsushima Revitalization Association, concurrently with the establishment of an office. (We emphasize that the office should be able to provide supplementary assistance to initiatives of the disaster survivors themselves.)

* The aim is to gain official/legal NPO status for Higashi-Matsushima Next and continue support activities.

Full Cost of Oku-Matsushima Project, including Establishment of Higashi-Matsushima NEXT Office: Budget \36,000,000

This includes costs of carrying out the listed activities, as well as establishment of an office base. Does not include monetary values of in-kind assistance, such as offer for transport and use of a shipping container by the Tohoku Fisheries Restoration Fund, or offer for use of property for community events and local produce promotion by a store owner who lost his business to the Tsunami, until the business can be reestablished.

4. Cooperation and Coordination with Other Actors

- Both Church of the Nazarene and Support Team G have become steward organizations of the Higashi-Matsushima Revitalization Council. We have recently been actively involved in winter/cold measures.

- Communication and collaboration with Miyato Town-building Promotion Council and Nobiru Town-building Council, through elected Ward representatives and presidents of Fisheries Association in each district.

5. Reasons for Conducting this Project as a Church, or Christian Organization

The International Assistance Committee of the Japan Church of the Nazarene is a participant in Higashi-Matsushima Next. The Committee views its involvement in the post-disaster revitalization as a responsibility, and has been active in the revitalization efforts of Higashi-Matsushima city since very soon after the disaster. It is anticipated that the Committee will, through its participation in Higashi-Matsushima Next, continue to make assistance toward Miyato a central focus of its activities for several years into the future. Its cooperation with Support Team G, which is a non-religious organization, provides an opportunity to contribute to local revitalization and build relations of trust with government, businesses and survivors. This will be an unprecedented chance for the church to help in a disaster area in new ways.

Support Team G: Kazushi YOSHIDA will be responsible for local research and communications

Office personnel selected by the Representative after document assessment and interview by Representative and Office Manager, in consultation with the Higashi-Matsushima Employment Bureau. Employment will be on a 1-year contract basis.

1. Securement of locations and personnel for support and promotion of revitalization will be the responsibility of the Office Manager.

3. Information gathering will be the responsibility of the office.

4. Revitalization support will be the responsibility of the Representative and the Office Manager.

5. Employment matters and administrative support will be the responsibilities of the office as a whole.

6. Responsibility for other matters will be decided by consultation between the Representative and the Office Manager.

A designated bank account will be created for this project upon confirmation of funding. (Not possible to open an account without solid prospect for financing.) The Representative will also serve as representative of the bank account. The Staff Accountant will be responsible for bank account. Vice President of Higashi-Matsushima Chamber of Commerce, Mr. Omori, has been requested to serve as Auditor.

* Related Projects by the Proposing Organization
Higashi-Matsushima NEXT is a newly formed organization with Support Team G and Japan Church of the Nazarene at its center. Please see list of activities performed by each of Japan Church of the Nazarene International Aid Committee and Support Team G.
* Has application been made to other potential funders for the same, or similar, projects? No
* Other Information
Appendices:  Project Budget, Activity Plan

8. Summary of the Proposing Organization

Organizations with which applying organization collaborates:

- Association for the Protection of Miyato's Vegetation

- Various other personnel of Higashi-Matsushima districts and administration