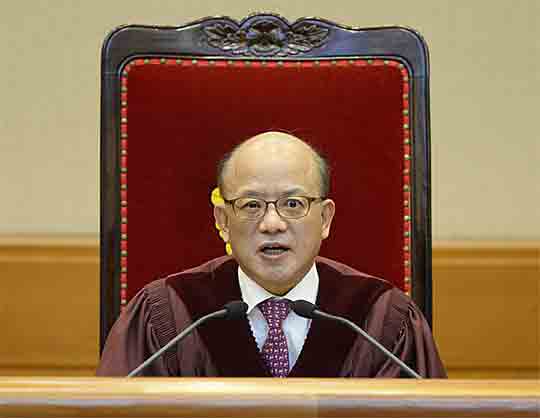 The decision is the first such move in South Korea’s constitutional era, since 1948 On the morning of Dec. 19, the Constitutional Court ordered the disbandment of the left-wing Unified Progressive Party (UPP), the first such decision made in South Korea’s constitutional era, since 1948. The Court ruled to disband the UPP by an 8-1 majority and ban the possibility of the party reforming under a different guise. With the ruling, the five sitting UPP lawmakers will lose their seats, and the party‘s property will be seized by the government. 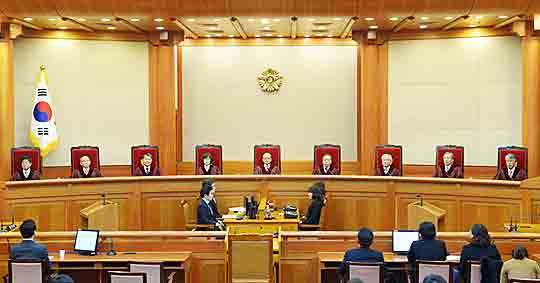 The government’s petition to disband the UPP stems from a controversy that arose earlier this year when several party members, including sitting lawmaker Lee Seok-ki, were accused of plotting an insurrection. The National Intelligence Service (NIS) acquired recordings from a meeting that took place in Seoul’s Hapjeong neighborhood where UPP members allegedly discussed ways of assisting North Korea in the event of a war. The Ministry of Justice requested the disbandment ruling in Nov. 2013, claiming the UPP’s goals and activities violated the Constitution. The Constitutional Court has held 18 open arguments in the past year, with the party and ministry waging an intense legal battle. In its ruling, the Court determined that the UPP had sought to undermine South Korea’s liberal democracy and were intent on pursuing “North Korea-style socialism”. The Court argued that the UPP needed to be disbanded in order to maintain South Korea’s “basic democratic order”.

Lee is now serving a nine-year prison sentence, having been convicted of sedition in February. His initial sentence was 12 years; that was reduced in an appeal ruling in August. In a written statement released immediately after the ruling, Amnesty International warned that the decision “could have chilling consequences for freedom of expression and association in the country”. Since being elected two year ago today (Dec. 19, 2012), the administration of President Park Geun-hye has made extensive efforts to limit freedom of expression in South Korea, using legislation on defamation to silence critics. The government has also made use of the National Security Law, which prohibits any praise of or contact with North Korea. 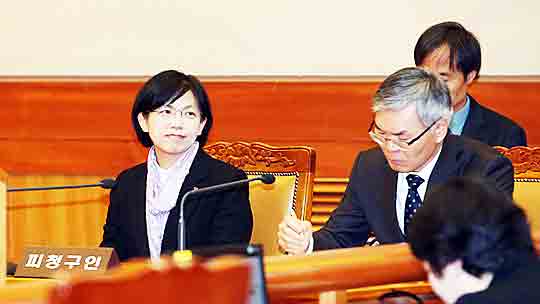 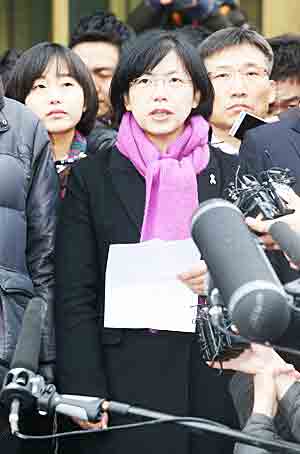 After hearing today’s ruling, UPP leader Lee Jung-hee argued that the party has no connection to North Korea and accused the government of suppression. Lee said, “With this ruling, the Republic of Korea is falling into a dictatorship of the Park Geun-hye regime. This dictatorship is depriving the UPP, a party that resulted from 15 years of progressive politics”. Before the ruling Constitutional Court President Park Han-chul said, “With the ruling of the Constitutional Court, the exhaustive debate over the UPP could end, but the after the ruling, controversy may only increase”.