Alumni-Treffen in Frankfurt am Main, Nov. 2016 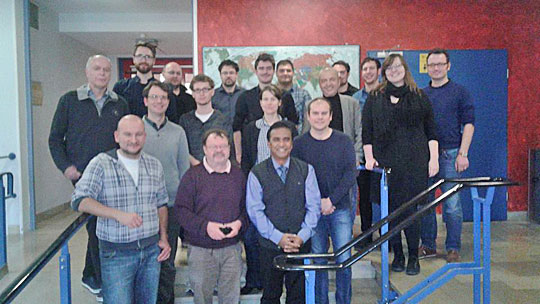 The first meeting of the alumni oft he Inter.religious Study programme in Japan was held on 7 -8 November in Haus der Jugend in Frankfurt. Gathering over 26 members from the 2002 batch onwards to share, reflect and to evaluate the programme , initiated by Dr.Martin Repp and Revd.Finkbeiner
The EMS Liasion for East Asia Rev. Solomon Benjamin, welcomed the alumni and offered support to continue the programme which is significant in bringing religious understanding within North –South.Dr.Martin Rep moderated the session.

Tobias Eckerter: started with a sharing on his experience as one participated in the ISJP in Kyoto Japan, in 2007-2008. He is married to a Japanese wife. He underwent  a "One Year Training as a Zen Monk in Manpuku-ji (Uji)" and also training of an Obaku Zen monk for one year 2011-12, and is now pastor of the Badische church in Kehl-Auenheim

Dr.Kurt Krammer (Salzburg): "30 Years of Experiences in Buddhist-Christian Dialogue in Europe - Review and Outlook" shared a special session on Inter-faith Dialouge bringing his experiences as , head of a Zen group in Salzburg (www.dharma.at), as a member of the board of the Austrian-Buddhist Union (ÖBU), and being currently responsible for dialogue in the European- Buddhist Union (EBU), and is a member of the board of the European Network of Buddhist-Christian Studies (ENBCS(http://www.buddhist-christian-studies-europe.net/.

After watching the Video clip by Adrian Beyeler (Switzerland) there  was a time of experiences and insights in the ISJP in Kyoto. Many offered positive report on their participation.

Christoph Krämer participated in 2009-2010 in ISJP, and in 2014 he received a 4 month training in the tea school Ura-valley in Kyoto,  shared a session  on "The Tea Route in the 16th Century" and possible influences from the sacramentary celebration of the Jesuit mission " He demonstrated a  Tea Ceremony which is significant part of both social and religious traditions in Japan.

There was a special session in Tibet House (Frankfurt Bockenheim, Kaufunger Str. 4) and discussion with Ms Elke Hessel ( Chief Editor of the Tibetian Journal Chökor).

Rev. Detlev Knoche (Head of the Center Ecumenism of EKHN & EKKW) offered greetings on behlaf of the Ecumenical Center and Oberkirchenrat 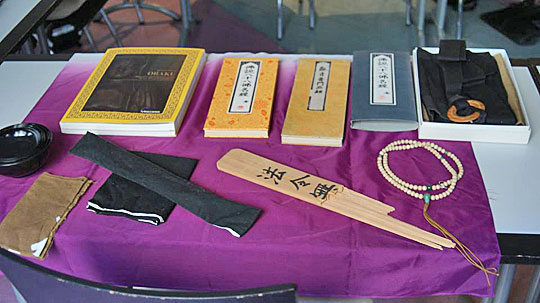