Commemorating the 30th anniversary of the June 10 (1987) Democratic Uprising, the award was instituted to lay the ground work for the growth of democracy in our society and in order to discover and increase the cases where democracy is practiced in our daily lives.

Highlighting the contributions made by institutions and individuals for democracy in our life, the award aims to find out valuable activities that led to advancement of democracy powered by civic participation.

A total of 34 cases were received for evaluation in 2020, and the Jury Committee made qualitative and quantitative evaluations and conducted on-site due diligence.
The conclusion of the Committee was submitted to the Award Committee(chaired by Ji Eun-hui) for a final decision, and the awardees were determined as follows.

Grand Award: "Everyone is a mother!" Politics of stakeholders based on social motherhood (Political Mamas)
Main Award: "Struggle for democratization of the university in theface of private school corruption" (Sangji University)
Special Award: Tracing "Nth room case" of Sexualexploitation and efforts to eradicate digital sexual crimes (The Tracers, Flame)

The Korea Democracy Foundation has decided to make the June Democracy Award an annual event, and will continue to make various efforts to promote the institutional growth of democracy.

"Fellow Koreans,
The day of the June 10 Democratic Protest, we created a democracy together. Students took the lead, office workers waved their handkerchiefs and taxi drivers blasted their car horns. Mothers put flowers on the chests of riot police. On the public square, all Koreans joined together to plant a tree named democracy.

Thirty-three years have since passed. Workers have cast the sunshine of equality and unity on the tree while citizens have shone the sunshine of empathy and participation. As young people became mothers and fathers, democracy was seeded in our homes. We started looking back on human rights and cherishing every single individual. When democracy was in peril, we held aloft candles. All of us have reached this point together, slowly but never losing our sense of direction.

On the June Democracy Movement’s anniversary,
we need to look beyond democratization and dive into socioeconomic inequality

"On June 10, the 33rd anniversary of the June Democracy Movement of 1987, a grand commemorative service was held at the building that's slated to become the Democracy and Human Rights Memorial Hall, in Seoul's Yongsan District. The June Democracy Movement brought together Koreans under the slogan of “down with the dictatorship," laying a firm foundation for South Korea's democratization. Implementing direct presidential elections established the framework for the peaceful transfer of power.

The Korean people had been disheartened by the military junta's seizure of power through a coup d'etat on Dec.12,1979 and by its massacre of civilian protesters in Gwangju in May 1980, but this taste of victory created momentum for the implementation of democratic principles in all areas, including politics, the economy, and society. Those of us who are alive today ought to reflect upon the significance of that movement and to renew our resolution to bring about a better future that transcends democratization and tackles socioeconomic inequality. ..." 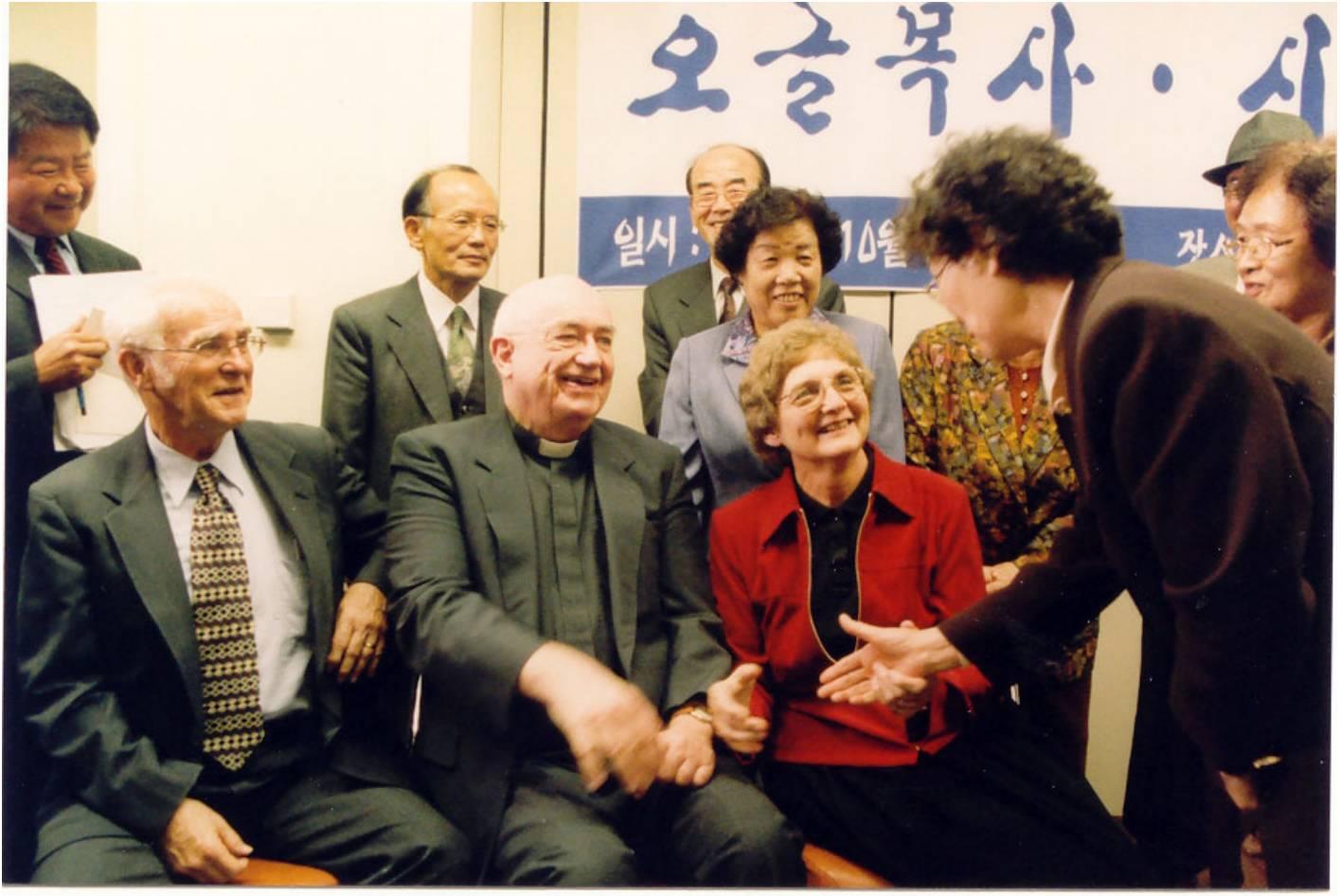 Seeing the people who received medals... Hyung-Kyu Park, Hak-Soon Ji, and Jobio against the dictatorship

On the 10th, at the 33rd anniversary ceremony of the 6th and 10th Democratic Rebellion held at the Grand Public Office in Namyeong-dong, Seoul's former security headquarters,12 people including Jeon Tae-sun, the mother of Jeon Tae-il, and Bae Eun-shim, the mother of Ambassador Lee Han-yeol, were awarded the National Medal of Merit. Pictured below are the people who presented the National Medal of Merit at the 33rd anniversary of the June 10 Democratic Revolt (From the left of the top row) Go So-Sun Ko, Hyung-Kyu Go, Young-Rae Ko, Hak-Soon Ko, Cho-Hyun Go, Park Jung-Ki, (From the bottom left) Bae Eun-Sim, Go Seong-Bo Go, Kim Jin-Gyun, Go Kim Chan-Gook, Go Kwon Jong-Dae, Go In-Chul Hwang. Provided by the Ministry of Public Administration and Security Click the image for a larger view.