Request for Prayer and Support from World Partner Churches

Message from PROK Ecumenical Relations Dec. 17,2012:
We want to share with you the glad news that one of the subjects of our petition and prayer request, Rev. Jung Youn Kil, the Methodist minister in Jeju Island arrested for protest against the naval base, has been released after serving 98 days in prison. Thank you for your prayers. Merry Christmas! Happy New Year!

On this Advent Season, we pray in the grace of Jesus Christ together with the support and cooperation of Christian churches around the world to achieve abundant life, peace and justice in the world. We call and intercede for your prayers and action for the members of the clergy from Protestant denominations in Korea who have been imprisoned for bearing witness to their faith in the God of justice, peace and abundant life. As global partners, we are pleading for your prayers and request your participation in the campaign for their immediate release from prison through a petition. Also, we enjoin you in our prayers for a peaceful and orderly election process during the Korean 18th presidential election slated for December 19, 2012. With your prayers and encouragement we hope that the nation will be able to elect a president who will lead our people to the awareness of the sacred value of life, work for enduring and sustaining just-peace. 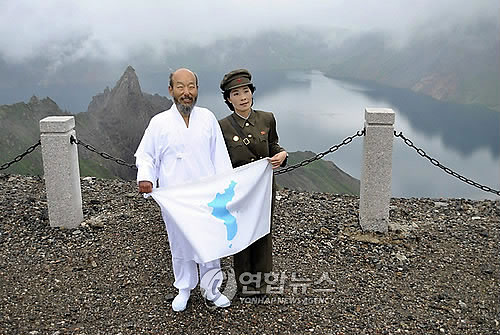 Reverend Han Sang Ryul is a PROK pastor who participated in the 1980 May 18th Democracy Uprising in Gwangju and became dedicated to various democratic and reunification movements. 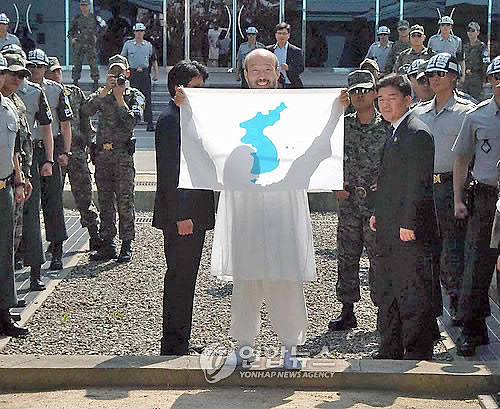 When Reverend Han Sang Ryul finished his North Korean Pilgrimage after around 70 days of walking and returned to South Korea, the government sentenced him to 3 years in prison for "visiting North Korea without permission of the Ministry of Reunification and supporting the North Korean social structure". Due to his prolonged imprisonment, his ministry has been halted and he has been enduring the hardship of prison until today. Our church appreciates Reverend Han Sang Ryul's confession of faith and prayer. He accomplished his North Korean Pilgrimage following the example of Jesus Christ in this world. He went on his pilgrimage, fulfilling his duties as a pastor and convinced that as a person of faith he has to follow the call of Christ. 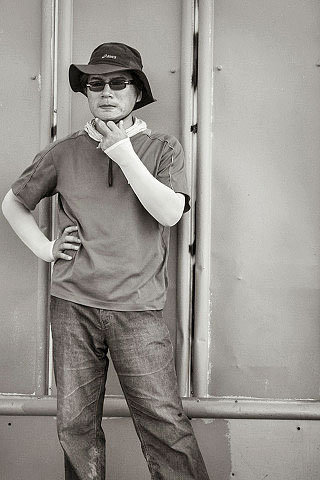 In the wake of obstructing the construction of a naval base near Gangjeong Village at the southern coast of the beautiful island of Jeju, the Reverend Jung Yeon-Kil, a Methodist minister, was confined to prison on September 6, 2012 by the government. Jeju Island is the pride of our country and selected as UNESCO biosphere reserve, world natural heritage and a world geology park due to its being blessed with outstanding natural treasures, but the defense of God's creation has been taken as defiance to government policy.

Concerned that the naval base construction on Jeju may foster arms race in Northeast Asia and may trigger a military conflict on the Korean Peninsula, the citizens of Gangjeong village and several environmental organizations formed a movement to obstruct the naval base construction. During the protest actions, the government, navy and the police have acted with unrestrained violence and many villagers, peace activists and members of religious groups have been wounded and arrested. 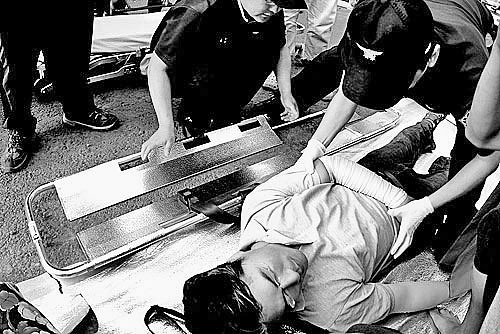 He was arrested during protest action opposing the naval base construction.

The behavior of the Korean government lacks any basic understanding and consideration of the concerns of religious groups and faith organizations, and is obviously suppressing religious groups. Therefore the urgent petition for the release of Reverend Jung Yeon-Kil has been prepared. Please support our effort and participate in the prayer for integrity and restoration of God's creation as well as in the petition for the release of the Reverend Jung Yeon-Kil.

On December 19, 2012 the 18th Korean presidential elections will take place. Since the election of the winner of the last presidential elections, Lee Myung Bak, Korea has experienced times of conflict and crisis during his term of government. The construction of the "Four Rivers Project" was recklessly carried out, causing tremendous destruction to God's creation, the freedom of press was suppressed and human rights and public welfare declined. Furthermore, the Mount Keumgang tourism project was interrupted and the attack on Yeonpyeong Island threatened efforts for the amicable reconciliation and cooperation of South and North Korea, which were being established for a long time and collapsed in one moment. The continuing conflict on the Korean Peninsula has been fostered as well as the persistent danger of war.

During the last 5 years the persistent efforts to maintain democratization as well as peace and justice on the Korean Peninsula has experienced substantial drawbacks, and the fruits of economic growth have not reached all parts of the society - on the contrary public welfare has been degraded.

Therefore this 18th presidential election provides the chance to choose a way towards life, peace and justice, as well as human rights and public welfare; a way towards a flourishing new future and an advancing society. If this important and historic chance is missed, the way will lead further into degradation.

Our church nomination is sincerely praying that the 18th presidential elections will allow for a change towards a new way. This may be the starting point of a way towards life, peace and justice and a new perception of the value of efforts toward restoration. Thus we encourage all members of our denomination to remind all church members on the Sunday just before the elections to make use of their right to vote. We pray for a fair elections process and that many church members will participate in the voting. Let us pray together for the future of the Korean nation.

Finally, once more in the grace of our Lord Jesus Christ, we pray together as a global network of Christians.

Petition for Special Amnesty and
the Ultimate Release of

1. To grant Rev. Han Sang-Ryul, a minister of the Presbyterian Church in the Republic of Korea, a special amnesty to spend Christmas with his beloved family and church members and his ultimate release from detention as a prisoner of conscience. He was arrested in August of 2010 immediately after his return from his pastoral visit to Democratic People's Republic of Korea.

2. To expedite the immediate release Rev. Jung Yeon-Kil, a minister, of the Korean Methodist Church. He was arrested and subsequently detained on September 6, 2012 for participating in the protest action against the construction of a naval base near Gangjeong Village Jeju Island. He opposed the construction of the naval base upon seeing the ongoing injuries and the pain of Gangjeong Village, and felt that the God's creation and the natural resources are suffering from destructive exploitation.

We hereby affix our signatures to this petition to signify our unity and solidarity with the Presbyterian Church in the Republic of Korea.