Abstract:
Nagano Uheiji, a Meiji period architect, declared in 1907 that Yasukuni Shrine and Kudan Hill should be made into “Tokyo’s Acropolis”. While his plans never came to fruition, it tells us a lot about how Yasukuni Shrine was both perceived and experienced during the Meiji period. In particular, it points to the role of the shrine as a center of entertainment, which contributed to its becoming a city landmark. But how are we to conceptualize the presence of entertainment alongside the performance of rituals coordinated by the state? The key to understanding how the carnivalesque atmosphere of these festivals fits into the history of the war shrine is to look at its political economy in order to see how the masses ‘offered’ their patronage. 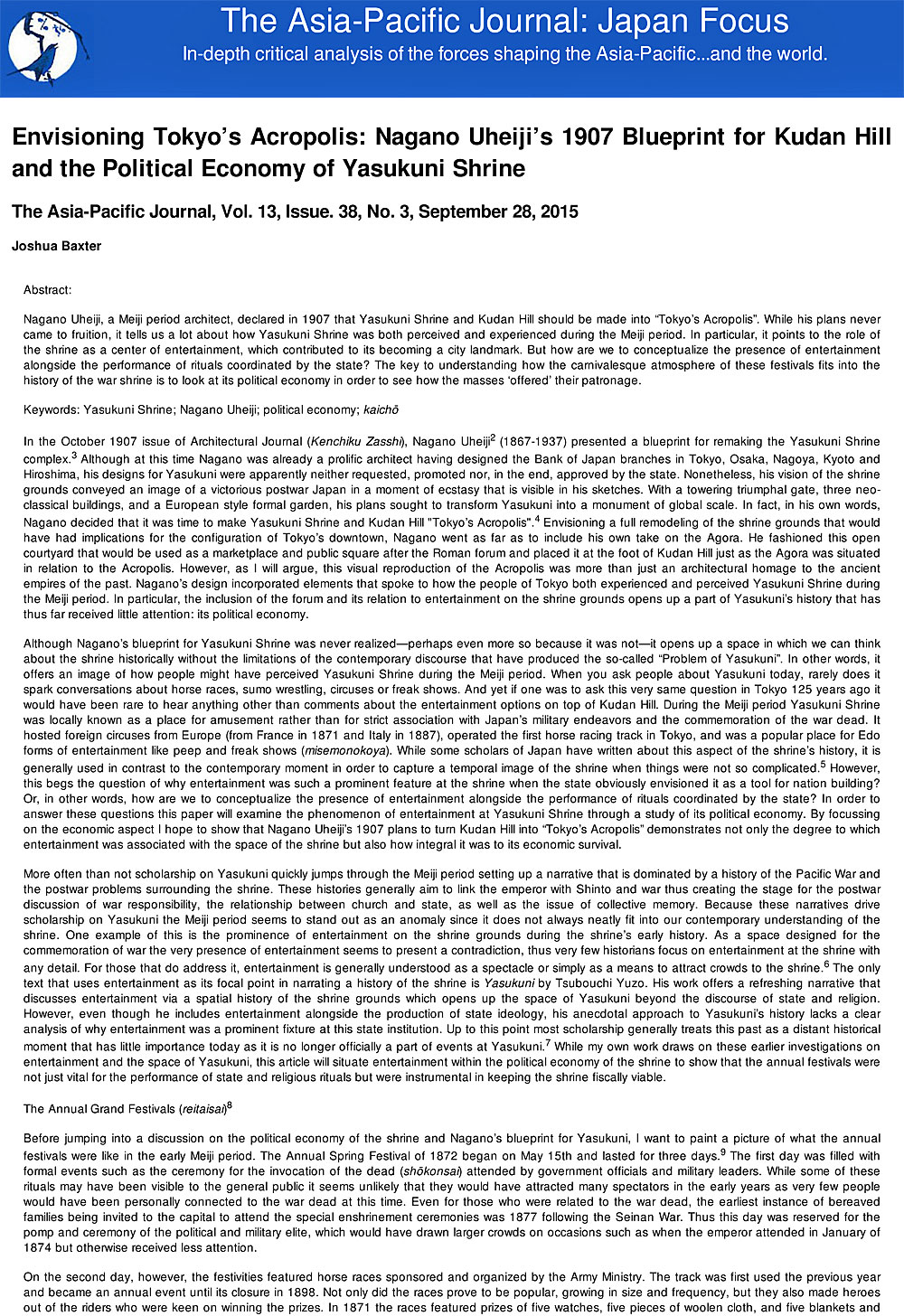