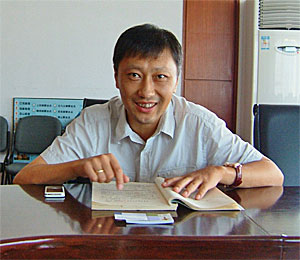 SUN Been was born in a family of army officers in 1970. He first got to know Jesus from his friend in middle school. Sun was invited to Jiangsu Road Church and was moved by the hymns and God's words in the Bible. He turned to God not because of any frustration or hardships, instead he believed in the Lord very naturally. In 1980s, few young people went to Church at that time, so Sun was easily noticed by the old priest there. Then he accepted Jesus Christ as his Saviour and was filled with joy and peace after the prayer that day.

Before his high school graduation, the old priest encouraged him to go to theological seminary. With his continuous and pious prayer, God closed other ways and opened this way for Sun. In the beginning, Sun thought his parents would not allow him to go and wanted him to be engaged in military career, but miraculously his parents approved his application.

In 1989, Sun got baptized and meanwhile started his 4-year study experience in Huadong (East China) Theological Seminary at Shanghai. In his college years, once upon a time, one of his schoolmates was a very poor brother, and wore few clothes in the cold winter. Sun pitied this brother and gave him the only money left, but found that he has no money to 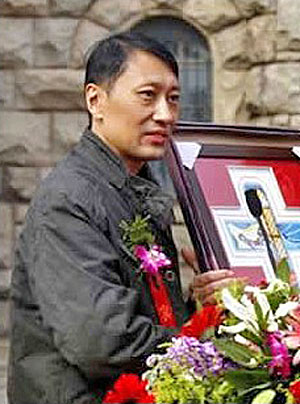 buy ticket back home. In spite of this, Sun still felt very happy to help others and kept praying for his trip ticket to home. One day, he received a money order from a brother in Qingdao, then it's enough for Sun to go back home and to spare some. Therefore, Sun often said that, "God always tests our faith, and the practice of faith doesn't depend on how many times you experience, but the mere time you remembered. It's enough for you to testify God's name and power in a life time."

After graduation from the Seminary, Sun came back to Qingdao in 1996 and was annointed as a priest. In 1998, National TSPM (Three Self Patriotic Movement) Committee and CCC (China Christian Council) changed their leadership and Sun was elected as the president of CCC, the youngest CCC president in all the cities of China. Sun said that he witnessed our living and mighty God through all these years of serving Him. Like buying a piece of land for the new Church planned to be built in East of Qingdao, the first Church that the city CCC wanted to construct by itself. Though it seemed to be impossible for others' eyes, Sun witnessed God's behavior again and the Church is now under construction.

Due to heavy workload, Sun finally broke down from constant overwork. Till June 10th, 2011, Sun coughed and at first he thought he just caught a cold, but when he arrived at the hospital, his physical condition became worse and worse. Till June 20th, he was sent to ICU (Intensive Care Unit) and left us to see our Lord in spite of all the doctors' and all staff's efforts. 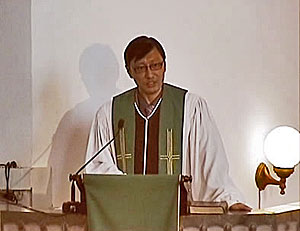