2014: The plight of COs continues today

The plight of COs continues today 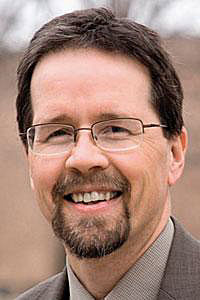 On the morning of May 27, 1918, my grandfather James Hostetler of Baltic, Ohio, joined dozens of other young men on a train bound for Camp Sherman, a military training facility at Chillicothe, Ohio.

At the time, there was no provision in the U.S. Military Code for alternative service. So like other conscientious objectors who refused to wear a uniform or join in the military training, he faced ridicule, isolation and physical abuse for holding firm to his convictions.

In his recent book, Pacifists in Chains, Duane Stoltzfus, professor of communication at Goshen (Ind.) College, tells the story of Mennonite COs in World War I in lively detail and focused especially on the experiences of four Hutterite young men, two of whom died in prison at Fort Leavenworth following their mistreatment.

Those stories are now nearly a century old. In the years following World War I, Mennonites joined other peace churches to promote legislation that made alternative service a legal option for conscientious objectors to war. Today, most countries around the world recognize the principle of conscientious objection to military service.

For Sang-Min Lee, however, a 27-year-old member of the Grace and Peace Mennonite Church in Seoul, South Korea, the stories of Mennonite COs in World War I sound remarkably familiar. Soon after he became a Christian, Lee was moved by Jesus' teaching to love our enemies, especially his rebuke to Peter for defending him with a sword in the Garden of Gethsemane. As he learned more about the Christian faith, Lee's commitment to the gospel of peace deepened, putting him on a collision course with the Korean government.

Since the Korean War began in 1950, South Korea has required all able-bodied men to serve for a period of time in its armed forces, with no option for alternative service. In 1953, the war ended with an armistice rather than a peace treaty, meaning that the peninsula is technically still at war. Indeed, fears of a potential invasion from North Korea remain high. In 2008, Korean legislators scuttled a proposal to allow alternative service for COs; since then, the Korean Constitutional Court has upheld the law that punishes COs with prison sentences.

According to a report released by the U.N. High Commissioner for Human Rights in June 2013, the overwhelming majority of imprisoned COs worldwide—92.5 percent—are South Koreans. Between 2004 and 2012, an average of 660 conscientious objectors were jailed each year in South Korea, almost all of them Jehovah's Witnesses.
Sang-Min Lee is likely to become the first Mennonite in South Korea to be imprisoned for his convictions.

In a recent interview conducted by Heather Schellenberg and Michael Harms, English teachers in Korea who attend Grace and Peace Mennonite Church, Lee noted that the training and culture of the military are inherently violent. Being a willing participant in that structure, he said, would change who he is, making him "a victim as well as an offender."

If he is found guilty, Lee will likely face a prison sentence of at least 18 months. But the consequences for COs in Korea go beyond prison. On the basis of his criminal record, Lee recognizes that he will have "a bad reputation in society" and will likely be barred from many career paths for the rest of his life. Even more painful for him is the realization that his decision will bring him into serious conflict with his family. "I fear that my family will fall apart because of my decision," Lee said.

Yet he remains confident in his convictions. "I want the next generation to live in a better place with respect to individual choices and decisions," he said.

The struggle Lee faces in Korea is not unique in our global family. Mennonite young men in many other countries—among them Colombia, Guatemala, El Salvador, Chile, Brazil and Bolivia —also face the question of how they will respond to obligatory military service.

In the months ahead, pray for Sang-Min Lee and other people of conscience who are willing to forfeit personal liberty, reputation, financial security and even family for their decision to follow Jesus. Let the Grace and Peace Mennonite Church in Korea know that they are not alone in helping Lee stand firm in his convictions. Speak out in support of the courageous resisters, peacemakers and reconcilers around the world who testify to the fact that love is more powerful than fear and that life is more powerful than death.

An interview with Sang-Min Lee can be found here.

John D. Roth is professor of history at Goshen (Ind.) College, director of the Institute for the Study of Global Anabaptism and editor of Mennonite Quarterly Review.