How Important is the Tokyo Gubernatorial Election?
Andrew DeWit

Metropolitan Tokyo, the world’s largest city-region and site of the 2020 Olympics, lost its Governor (Inose Naoki) to a YEN 50 million political-donation scandal on December 19.1 Gubernatorial elections are set for February 9, with the official campaign period set to begin on January 23. There are at present three main candidates, one on the left (Utsunomiya Kenji), one on the far right (Tamogami Toshio) and one roughly in the centre (Masuzoe Yoichi).2 They may soon be joined by a powerful, potentially winning challenger stressing green power.

This election matters a great deal for Japan, as well as for the world. Even without the precarious backdrop of Abenomics and the mounting China-Japan conflict over the Senkaku/Diaoyu Islands and Prime Minister Abe Shinzo’s provocative visits to Yasukuni Shrine,3 the election would be worth paying attention to. Tokyo Metro boasts a total population of 37 million and a city-region GDP of about USD 1.5 trillion, nudging out second-place New York City.4 It also has 51 of the Fortune Global 500 companies, the largest number in the world, according to CNN Money’s 2011 ranking.5 Tokyo also places at least 3rd or 4th on the various comprehensive and authoritative assessments of city-region size, influence, innovative capacity and other indices.6 In a world challenged by climate change, resource crises, inequality, and other profound problems, it matters a great deal what Tokyo does to build resilience.

After all, green power and climate resilience are so obviously the smart option that the Israeli Air Force (IAF) is aiming at becoming net zero energy military by 2033. The IAF are explicitly building on and surpassing US military commitments to renewables, conservation and the intelligent ICT to link it, including the US Navy’s targeting of 50% renewables by 2020.7 Given the history of military demand in driving the diffusion of innovation in the private economy, that is good news. But surely it would be far better if the world’s biggest city-region, and its civil society, took the lead and shaped the institutions and technologies of the emerging energy modernity.

So perhaps the main reason to pay attention to Tokyo’s election is that several of Japan’s former prime ministers appear prepared to use it as a fulcrum for reorganizing the country’s energy economy, focusing it on green power, as well as its dealing with its unbalanced politics and political economy. As of this writing, former Prime Minister (1993-1994) Hosokawa Morihiro seems ready to make an official announcement of his candidacy for governor this week, perhaps after a scheduled meeting with former Prime Minister (2011-2006) Koizumi Junichiro on January 14. 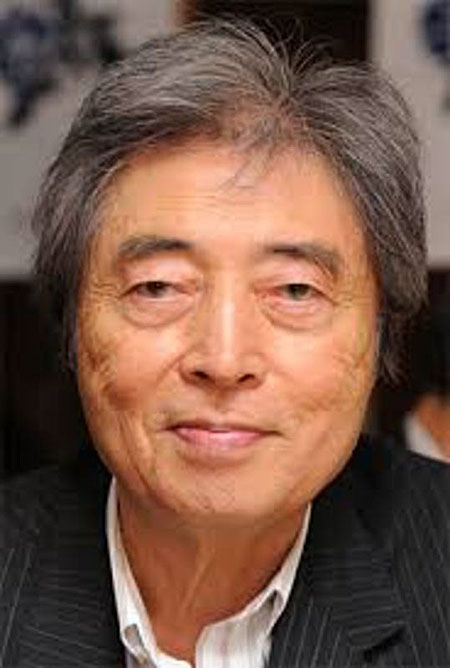 The centerpiece of Hosokawa’s campaign appears likely to be leading Japan out of nuclear power. He may very well collaborate on this with Koizumi, who in late 2013 made several public and popular appeals to current PM Abe to get out of nuclear power and into renewable energy and radical efficiency.8 Former Prime Minister (2011-2012) Kan Naoto has also made it clear that he is enthusiastic about a Hosokawa candidacy and called for close collaboration.9 Kan was instrumental in pushing for the feed-in tariff that is incentivizing Japan’s startling roll-out of renewable power and related smart city infrastructure. He also had a powerful hand in putting in place or encouraging the deployment of regulatory and political resources that have led to the shut-down of all of Japan’s 50 viable nuclear reactors since September 15 of 2013.10

Hosokawa is an historic figure and a heavyweight. When he took office as PM on August 9 of 1993, he was the first leader of a non-Liberal Democratic Party (LDP) national government since the institution of the so-called 1955 system of the dominant LDP and seemingly eternal second-place Socialist Party. While Hosokawa had to resign, undermined by an unwieldy coalition and suggestions of a political donation scandal, he played a major role in changing Japanese national politics as well as fostering better relations with regional powers such as China, Korea and Russia. Hosokawa apparently sees helping again in the reorganization of Japanese politics as his last big task.11 Hosokawa will turn 76 on January 14 - when he will meet with Koizumi - and is in no need of fame or fortune, having more than enough of both.

Adding to his merits, and sharply differentiating him from the Abe regime, Hosokawa was prominent in making clear Japan’s war responsibility to its Asian partners. His long collaboration with Koizumi includes his service as Koizumi’s tacit personal envoy during the frosty years of Koizumi’s own inexplicable trips to Yasukuni.12

Naturally enough, the Abe administration and the nuclear village are already throwing mud, including suggestions from Economy Minister that Hosokawa has simply lost his mind. The background to the fury is the desire to deflect attention from power and energy policy, due to the demonstrated volatility of the Fukushima issue. Moreover, the Abe cabinet has a new, nuclear-village influenced energy policy it seeks to ratify but apparently has put this off because of the threat of the Hosokawa-Koizumi combination in this election.13 The energy policy avoids putting specific numbers of the outlook for nuclear power in Japan’s power mix, but does try to shift the debate by declaring nuclear to be a “foundational power source.” The cabinet and party are quite concerned that Hosokawa and Koizumi, campaigning in tandem, could become a referendum on power policy as well as other controversial aspects of the Abe regime.14

As Koizumi himself repeatedly and cogently argued last year, the public and the political economy are ready and waiting to get out of nuclear and into a new energy paradigm. If the Hosokawa-Koizumi combination eventuates and Hosokawa wins on February 9, the creative destruction that might ensue could see Tokyo become a global model for energy transition.

Those who have been watching Japanese and global movements in the power sector, as well as the broader energy economy, will know this is no exaggeration. The broader context within Japan includes accelerating smart spending going on in Japanese central agencies and local communities, with an important boost from smart capital, under the rubric of resilience. Post 3-11 Panasonic for example has reshaped itself as a firm and is now ready to ride the decentralized storage wave.15 Even core nuclear village businesses such as Toshiba and Hitachi are increasingly focused on the smart and decentralized energy economy.16 Could green energy become a key source for stable jobs in the new economy? This is among the strongest arguments put forward by green energy proponents.

For all his faults, Koizumi clearly understands that Japan has the opportunity to pull to the head of an Amory Lovins-style industrial revolution for renewable power, heat and fuel, coupling it with ICT for parameter sensing, automated interactivity, visualization, predictivity, and other core functions for maximizing efficiency as well as renewable deployment and balancing. So let us see if Japan wows us with another miracle.


Andrew DeWit is Professor in the School of Policy Studies at Rikkyo University and an Asia-Pacific Journal coordinator. With Iida Tetsunari and Kaneko Masaru, he is coauthor of “Fukushima and the Political Economy of Power Policy in Japan,” in Jeff Kingston (ed.) Natural Disaster and Nuclear Crisis in Japan.
Recommended citation: Andrew DeWit, "How Important is the Tokyo Gubernatorial Election?" The Asia-Pacific Journal, Vol. 12, Issue 2, No. 2, January 13, 2014.

1 On the scandal and Inose’s resignation, see “Tokyo Governor Naoki Inose resigns over money scandal,” BBC News, December 19, 2013.
2 These candidates are backed, respectively, by the relevant parties.
3 A very concise and critical summary of both are available from top Japan specialist Aurelia George Mulgan, “Abe puts personal interests ahead of Japan’s at Yasukuni,” East Asia Forum, January 1, 2014.
4 The most recent comparative data appear to be a 2008 PricewaterhouseCoopers study, cited in “Tokyo’s Position in the Global and Japanese Economy,” Premier Investment Corporation, 2009.
5 The US had 133 of the global 500 versus 68 for second-place Japan (and 61 for 3rd place China), but Japan’s centralization on Tokyo was unmatched. See CNN Money Global 500.
6 For a useful list of these assessments, most of which are as recent as 2012, see Wikipedia’s entry for “Global Cities”.
7 On this, see “A Clean Tech Air Force By 2033: That’s the IAF’s Green Goal,” Israel Defence Forces, December 13, 2013:
8 On Koizumi’s appeals, see Andrew DeWit “Just Gas? Smart Power and Koizumi’s Anti-Nuclear Challenge,” The Asia-Pacific Journal, Volume 11, Issue 50, No.3, December 16, 2013.
9 On his January 9 political blog, Kan Naoto not only described a Hosokawa candidacy as “the LDP’s worst nightmare,” but also called on Japan Communist Party- and Social Democratic Party-backed candidate Utsonomiya Kenji to withdraw. See (in Japanese) “Former PM Kan gives a cheer for Hosokawa and declares “Utsonomiya can’t win election,” Sankei Shimbun, January 9, 2014.
10 On the shutdown of the last operating reactor, see Tsukimori Osamu, “Japan to switch off nuclear power, may be some time before it’s on again,” Reuters, September 14, 2013.
11 See (in Japanese) “’Tokyo Election’: Background to Hosokawa’s candidacy is desire to reorganize opposition parties,” Sankei Shimbun, January 12, 2014.
12 A brief, well-done and balanced summary of Hosokawa’s career is available here.
13 The official position is, of course, that the delay in cabinet ratification of the policy has nothing to do with the election. See “Gov’t to delay cabinet decision on new energy policy,” Mainichi Shimbun, January 11, 2014.
14 On energy issues and some of the mudslinging, see Jonathan Soble, “Tokyo election race to spark nuclear debate,” Financial Times, January 10, 2014.
15 On this, see Eric Pfanner, “Aiming to Reinvent Itself, Panasonic Moves Beyond the Living Room,” New York Times, December 27, 2013.
16 See the relevant section in Andrew DeWit “Just Gas? Smart Power and Koizumi’s Anti-Nuclear Challenge,” The Asia-Pacific Journal, Volume 11, Issue 50, No.3, December 16, 2013.