Waiting for Doomsday:
Living next to the ‘world’s most dangerous nuclear power plant.’

Watanabe Norihiko is pointing to his home, 600 meters from what he calls the most dangerous nuclear power complex on the planet. “There’s nothing like it anywhere in the world,” he says, eyes widening. “If it blows up, we’re all finished.”

For years, Mr. Watanabe’s unofficial tour of Omaezeki, a small city of about 30,000 people, has included a pit stop at the exhibition center in the Hamaoka Nuclear Power Plant. The center, complete with cartoon figures for children, says the energy it generates is safe, cheap and clean: One section explains how seawater discharged from the plant’s cooling system is used to incubate shellfish. From the observation deck of the center, the five-reactor complex can be seen nestling between a bank of trees and the azure Pacific.  Just beyond its gates is Omaezeki, foregrounded by a peninsula of rolling emerald countryside with neat lines of tea trees stretches into the distance.   The tea and fish from the sea provided the area’s main income until Chubu Electric Power Company came 40 years ago.

Today about 3,000 people work at the plant.  Even its opponents acknowledge it has brought in over 700 million dollars in subsidies since the 1970s.  In return, the locals are asked to ignore that it is a catastrophe waiting to happen, says veteran anti-nuclear activist Nagano Eichi.  “All of us thought that this would be where disaster strikes, not Fukushima.  This could be next.”  Mr. Nagano carries around in his pocket samples of local rock, which he crumbles in his hand.  “The company was in a rush to build and they didn’t pay enough attention to these foundations,” he says.   “They should never have come here.”

Prime Minister Kan Naoto startled Nagano and Watanabe this week by asking for the closure of Hamaoka.  Kan told a national televised audience that the authorities have long accepted the high probability of a strong earthquake under Hamaoka, in effect conceding the key arguments of the anti-nuclear lobby. “This is a decision made for the safety of the Japanese people when I consider the special conditions of the Hamaoka plant,” he told reporters. Mr. Kan’s formal request to Japan’s trade minister means that Chubu Electric will temporarily shut down reactors 4 and 5 and cancel the resumption of No.3 reactor, which was due to be restarted in the summer.  Reactors 1 and 2 have been permanently mothballed.  A sixth reactor is also planned.   Mr. Kan said the directive would continue until “appropriate” safety measures were taken, including the strengthening of tsunami walls around the complex.

“The prime minister’s announcement is a huge step toward permanently closing this power plant and an acknowledgement that it is too dangerous to operate,” said Shiratori Yoshika, who leads a lawsuit against Hamaoka.  “We hope this is the beginning of the end for nuclear power in Japan, where constant earthquakes make them too risky.” Hamaoka’s first two reactors were already online before modern seismology developed an accurate study of earthquake activity in the area, which sits almost on the boundary of two restless tectonic plates: the Eurasian and the Philippine Sea. The studies forced the authorities to accept that an 8-magnitude quake could strike the region at any time – government forecasts 30 years ago predicted an 87-percent chance of a powerful quake in the area , making one overdue. The possible consequences for Tokyo, 180 km away, are chilling:  A Fukushima-scale accident would force 30 million people in the country’s beating political and economic heart to evacuate, “signaling the collapse of Japan as we now know it,” warned seismologist Ishibashi Katsuhiko recently.

Hamaoka is built to withstand an 8.5 magnitude quake and an 8-meter tsunami, says Chubu Electric, Japan’s third-largest power company. Both of those premises have been destroyed by the Fukushima crisis, which was triggered when last month’s magnitude-9 megaquake knocked out its external power. A subsequent 14-15 meter tsunami drowned the plant’s back-up generators, leaving its uranium fuel uncooled.  The fuel partially melted down, the reactor buildings   filled with hydrogen and exploded, showering the area around it with radiation and forcing the evacuation of 80,000  people – and counting. 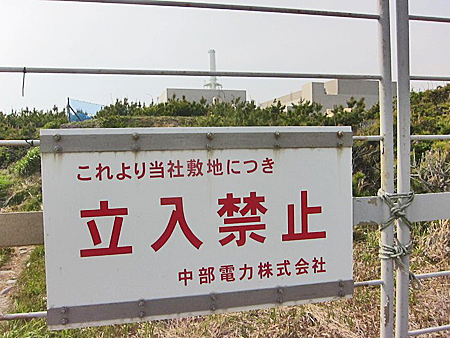 Hamaoka’s oldest reactors, 1 and 2, are  permanently closed after Chubu Electric decided that upgrading them for a stronger quake would be too costly. Unit 3 is undergoing inspection and before Kan’s announcement was preparing to restart in the sweltering summer. Reactor 5 was restarted this year after being shut down for18 months by a 6.5 quake in August 2009.  “We take every safety precaution,” says company spokesman Inamata Nikio.   He claims he has never heard Mr. Nagano’s allegations that Hamaoka is built on crumbly rock.  Less than two weeks after Japan’s worst nuclear crisis began, Chubu Electric announced a ‘delay’ in building Hamaoka’s sixth reactor, but is sticking to a plan to have it running by 2024.  “We’re currently exploring how to strengthen our tsunami preparation,” said Inamata. Chubu’s Executive Officer Okabe Kazuhiko said after the Fukushima crisis erupted that the status of nuclear power in Japan “is unchanged.”  The impact of Mr. Kan’s shutdown request, made via trade minister Kaieda Banri us unclear.  He gave no timetable for restarting Hamaoka nor did he suggest its closure was permanent.  “We see this as a step forward, not a legal demand for shutdown,” said Shiratori.

Kan is no opponent of the nuclear industry. Three weeks after the start of the Fukushima disaster, he strongly defended its use with French president Nicolas Sarkozy, but said his government would work for higher global standards. “The situation is not under control yet but when it is we must inspect all nuclear plants and think about how to make them safer,” he said on March 31. Japan’s Nuclear Safety Agency subsequently announced that it has instructed power companies across the country to “reassess quake-resistance,” a process likely to take years, said state broadcaster NHK.  The move was partly an acknowledgement that despite years of analysis, Japan’s complicated lattice of subterranean faults are still a mystery: the agency says a fault line 50 km from the Fukushima plant previously thought inactive moved during an aftershock.  Four years ago, another undetected fault caused a 6.8 quake close to the 7-reactor Kashiwazaki complex in Niigata Prefecture, the world’s largest nuclear plant.  The quake caused a fire, burst pipes and sent a radioactive discharge into the local sea.

Making Hamaoka a special concern to its opponents is the presence of plutonium onsite. Chubu is the only utility in Japan to have signed a contract to process mixed plutonium and uranium (MOX) fuel with the Sellafield plant in the UK. The industry’s clout, its collusion with government watchdogs and a largely compliant media have helped smother concerns about this potentially explosive collision of state-of-the-art atomic power with primordial seismic instability, say its opponents.  For decades, they have tried and failed to use the courts to shut down any of the country’s 55 reactors. “We have never won because we’re not only dealing with the power companies or the reactor manufacturers, but with a national project,” explains Shiratori.  “The higher up the judicial system you go up, the more conservative the judges become, so it’s almost impossible to win,” he adds. Shiratori’s suit is now being aired in the Tokyo High Court after being dismissed by the local Shizuoka District Court in 2007.  “We don’t expect to win, even now.  My intention is to spread the word through the courts because that forces the media to cover the issues. Eventually public opinion will turn.”  One of the consequences of the Fukushima disaster is that some of the more liberal media companies have begun asking tough questions.  An editorial in the mass daily Tokyo Shimbun recently advised against allowing Chubu Electric to restart reactor 3 in July.  “Simulations show that the radiation would reach Tokyo in half a day if disaster were to strike,” said the newspaper. “Chubu Electricity says it is ready for emergencies.  But it’s far from being secure.” 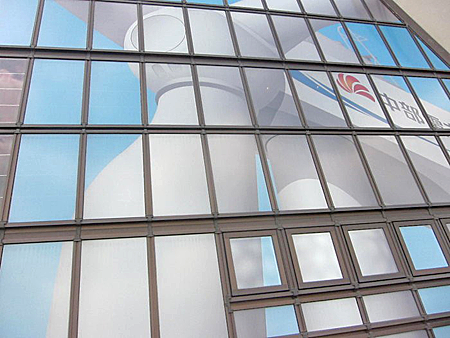 But few mainstream media outlets advocate shutting down Hamaoka, and none demand the mothballing of Japan’s entire nuclear-power complex, which generates just under a third of the country’s energy needs.   Until Kan’s announcement, millions of Japanese people were largely unaware of its presence. Recent protests in Tokyo drew about 10,000 people, a relatively small number in a metropolis of 28 million, yet the largest demonstration in opposition to nuclear power to date. “Public opinion on nuclear power has definitely changed,“ says Aileen Mioko Smith, director of the anti-nuclear Green Action. „But we’re concerned ‘business-as-usual’ will be back.“

An April survey by Shizuoka University found that 90 percent of residents in the prefecture are “concerned” about their proximity to Hamaoka. Close to the complex, however, protest is almost entirely muted.  “It would be a lie to say that I’m not worried, but the company says it is making the plant safer and I believe them,” said  Onodera Rika, a housewife in a local supermarket.  “Japan is so small and we have no resources so we don’t have any choice about making nuclear power.” That attitude is typical, says Watanabe.  “We once had 50 people in our protest group, but it dwindled as people were threatened or bought off.” He claims that the authorities called the employers of protestors to have them fired.  But he acknowledges another factor in the apparently nonchalance of local people. “Living this close to such a scary place it’s better to just blot it out. If something happens, what can they do?”

Recommended citation: David McNeill, Waiting for Doomsday: Living next to the ‘world’s most dangerous nuclear power plant,’ The Asia-Pacific Journal Vol 9, Issue 19 No 2, May 9, 2011.