China, the Philippines, Vietnam, and International Arbitration in the South China Sea

Hier nur "Introduction" und "Conclusions". For the full article go to the pdf-file. 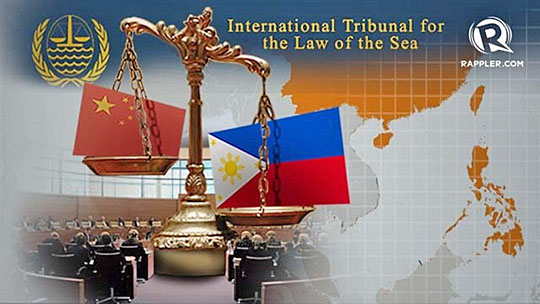 Introduction: a moment to take stock of the ongoing legal battle
This summer, the Permanent Court of Arbitration (PAC) held the first oral hearings in the case brought by the Philippines against China concerning the South China Sea. Before considering any substantive issues, the PAC has to decide whether it has jurisdiction to issue a ruling.1 Earlier, the closing weeks of 2014 had seen three significant developments, with Hanoi making a submission to the PAC, Beijing publishing a position paper (while not submitting it to the Court), and the United States issuing a position paper of its own. We can also mention the continued interest in the South China Sea by other countries, including India and Russia. Taken together, it means that the time may have arrived to take stock of the arbitration case, updating our previous summer of 2013 piece “Manila, Beijing, and UNCLOS: A Test Case?".2 At stake is not only this arbitration case, or even the entire South China Sea, but the role of international law in contributing to peaceful solutions to territorial conflicts, specifically whether it can help accommodate changes in relative power without recourse to military conflict.
...

Conclusions
To conclude, while the ultimate fate of the arbitration remains unknown, the court having to decide first of all whether it has jurisdiction, Manila has achieved two goals. First, it forced Beijing to publish a position paper. While not amounting to taking part in the proceedings, it means that China has concluded that it cannot simply ignore them. Second, it has prompted Vietnam to address the court, although again without taking part in the proceedings. A third success for the Philippines is the publication of the US Department of State’s paper. However relevant these legal developments may be, the situation on the ground has been moving in favor of China, first and foremost thanks to extensive reclamation work that may both bolster its legal claims and make possible construction of bases to provide enhanced air and naval power. This could be a reason why, while pushing for international arbitration, Manila has also been rearming, deepening its Alliance with the United States and expanding a widening range of defense relations with other coastal and non-coastal actors. Concerning the latter, India and Japan are vitally dependent on these waters and seem determined to play a growing regional role, while Russia continues to supporting Vietnam and quietly balance against a rising China that, official protestations to the contrary, may cast a shadow over its national security and geopolitical position. For the time being, while the Permanent Court of Arbitration continues deliberation on the admissibility of Manila's arbitration bid, there will likely be continued incidents, clashing narratives, further reclamation work, rearmament, and a complex and kaleidoscopic set of quasi-alliances and extensive and often conflicting interests. An additional development could be, according to some observers, a Chinese ADIZ. US Naval War College Professor James Kraska believes that “#ADIZ will come; just a matter of time”.179 Whatever the ultimate fate of the South China Sea, its impact will reach far from its shores, both in terms of the international law of the sea, and the balance of power in the Asia-Pacific and beyond.