2015: US warships to challenge Chinese claims

US warships to challenge Chinese claims in South China Sea 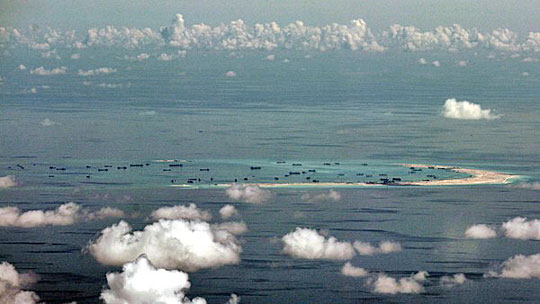 The US is poised to sail warships close to China’s artificial islands in the South China Sea as a signal to Beijing that Washington does not recognise Chinese territorial claims over the area.

A senior US official told the Financial Times that the ships would sail inside the 12-nautical mile zones that China claims as territory around some of the islands it has constructed in the Spratly chain. The official, who did not want to be named, said the manoeuvres were expected to start in the next two weeks.

The move, which is likely to raise tensions between the powers, comes amid disagreement over several issues, including US allegations that China is engaging in commercial cyber espionage.

China’s assertiveness in the South China Sea has grown in recent years, with its navy engaging in activities that the US says threatens freedom of navigation in an area through which 30 per cent of global trade passes. Over the past two years it has stepped up its maritime activities, reclaiming thousands of acres of land for airstrips and other military installations aimed at enhancing its power projection in the Pacific.

Military experts say the island building is aimed at furthering China’s goal of building a “blue-water navy” that can operate far from shore, particularly beyond the so-called “first island chain” that encloses the South China, East China and Yellow Seas, and separates them from the Pacific.

Chinese warships have also been operating in waters close to the US. Last month five vessels sailed off the coast of Alaska while Mr Obama was making a visit to the arctic region — the closest the Chinese navy had come to the US mainland without an invitation.

Ashton Carter, US defence secretary, has been seeking permission to take more assertive maritime actions for months. The White House had resisted because of concerns that such actions would escalate the situation in the contested waters of the South China Sea. But it finally agreed after officials failed to make headway on the issue during Chinese President Xi Jinping’s recent visit to Washington.

In his press conference with Mr Xi last month, President Barack Obama said he had expressed “significant concerns over land reclamation, construction and the militarisation of disputed areas”, and stressed that the US would “continue to sail, fly and operate anywhere that international law allows”.

Paul Haenle, a former China adviser to Mr Obama and George W Bush who heads the Carnegie-Tsinghua Center in Beijing, said that while the US navy operations might create some friction in the short term, it would be in the US long-term interests.

“For the US to effectively advance and protect its interests in the Asia-Pacific, including upholding regional and global rules and norms, it may require our relationship to tolerate some friction and greater competition in the short term,” said Mr Haenle. “In the long term, a strong approach can help encourage constructive behaviour and ensure the security and prosperity of the region.” 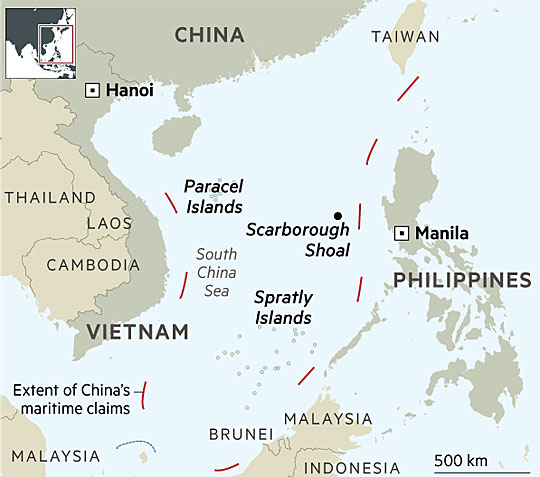 While the US has routinely sailed ships through international waters in the South China Sea, it has refrained from sending them inside the 12-nautical mile zone of the artificial features since 2012, which was before China ramped up its construction activities around the Spratlys.

The new tack is intended to reinforce the US stance that China’s claims are not consistent with international law, including the United Nations Law of the Sea (Unclos).

Speaking in Australia this week, Admiral Scott Swift, commander of the US Pacific Fleet, criticised China indirectly by saying “some nations view freedom of the seas as up for grabs” and as something that could be “redefined by domestic law or by reinterpreting international law”.

“Some nations in this region continue to impose superfluous warnings and restrictions on freedom of the seas in their exclusive economic zones and claim territorial water rights that are inconsistent with Unclos,” said Adm Swift. “This trend is particularly egregious in contested waters.”