The Watergate scandal forced a U.S. president to resign and turned two reporters into national heroes, but a somewhat similar incident in Japan ruined the career of a star journalist and lead to his indictment. In both cases, there was a "Deep Throat," but in the case of the Okinawa Secret Pact scandal, the "Deep Throat" was a female Foreign Ministry clerk, with whom the reporter allegedly had an extramarital affair.

In April 1972, then-Mainichi Shimbun reporter Takichi Nishiyama reported that the Japanese government, under a secret pact with Washington, illegally paid $4 million to the U.S. as the islands of Okinawa were returned to Japan from U.S. military occupation. The story began to take a strange turn after it was revealed that Nishiyama's source was a Foreign Ministry clerk who illegally handed him classified documents. When the clerk, Kikuko Hasumi, claimed that she was forced to do so because Nishiyama took advantage of their extramarital affair, Nishiyama came under severe public scrutiny.

Hasumi turned herself in and was charged with violation of the National Public Services Law. And Nishiyama, too, was charged for assisting Hasumi's crime. Nishiyama, then 40, was forced to resign from the Mainichi Shimbun in 1974 and returned to his home town in Fukuoka, where he has helped run his family business ever since. But, since 2000, some Japanese media have been reporting on new evidence of the secret pact after some key U.S. documents were made public following the expiry of the 25 year nondisclosure period for diplomatic documents. 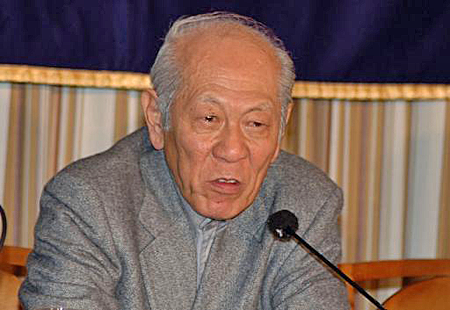 The Japanese government has maintained that there was no secret pact, but Nishiyama, 75, filed a damage suit against the Japanese government last year seeking 33 million yen in compensation and an apology, claiming that he was unjustly indicted even though his story was factual. On April 9, however, the Tokyo District Court rejected Nishiyama's claim and he appealed last week. Nishiyama will break his 30 year silence and give his account of the incident 35 years ago, and will also share his view about the state of Japanese journalism today.