The Deception that is Deterrence: April 2011 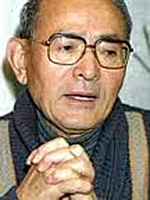 The Man Who Continues to Speak about Experiencing
the H-Bomb -- Exposed Clearly: the Deception that is Deterrence

Translated with an introduction by Richard H. Minear

The current disaster in Japan, the worst since World War II, may bring major change in Japanese thinking about nuclear weapons and nuclear power. But the preconditions for that re-thinking existed long before the disaster. 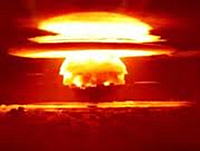 In the March 28 issue of the New Yorker, Nobel laureate Oe Kenzaburo published an essay, "History Repeats." It reads in part:

I have long contemplated the idea of looking at recent Japanese history through the prism of three groups of people: those who died in the bombings of Hiroshima and Nagasaki, those who were exposed to the Bikini tests, and the victims of accidents at nuclear facilities. If you consider Japanese history through these stories, the tragedy is self-evident. Today, we can confirm that the risk of nuclear reactors has become a reality.

But just before the tsunami hit, Oe had written a brief essay that was published in the Asahi on March 15.

Nobel laureate Ōe Kenzaburō published this article in The Asahi Shinbun on March 15, 2011.


Richard H. Minear is Professor of History emeritus, University of Massachusetts Amherst. His books include translations of Hiroshima: Three Witnesses, Kurihara Sadako's Black Eggs, and The Autobiography of 'Barefoot Gen.' He is a Japan Focus associate.

Recommended citation: Ōe Kenzaburō and Richard H. Minear, The Man Who Continues to Speak about Experiencing the H-Bomb -- Exposed Clearly: the Deception that is Deterrence, The Asia-Pacific Journal Vol 9, Issue 15 No 1, April 11, 2011.