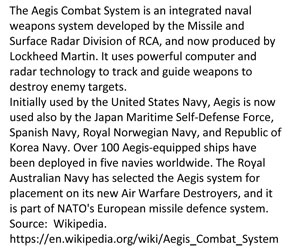 15. September 2015
[Emergency] Aegis is coming to Gangjeong, early today, Sept. 16!
We just got the news above tonight. The source is mainly from 박인천 (Inchun Mpark) who has daily monitored navy's illegal construction on the sea near for three years by now. It is told that an Aegis (of Republic of Korea) is to enter into the harbor of almost completed Jeju naval base, today, early morning of Sept. 16. If you remember, there stood on the Gureombi Rock in 2007 a sculpture of Aegis-shape relief-cut on a steel plate which watched over the Gangjeong Sea. It was a kind of warning for today eight years ago. The ROK-US-Japan trilateral military alliance cannot be built without missile defense. The appearance of aegis on the Gangjeong Sea, a part of missile defense system, means Gangjeong would stand in the center of such disastrous trilateral alliance. We say no!
- No Aegis in the Gangjeong Sea
- No missile defense
- No ROK-US-Japan military alliance!
Jeju is not the toy of the US military! 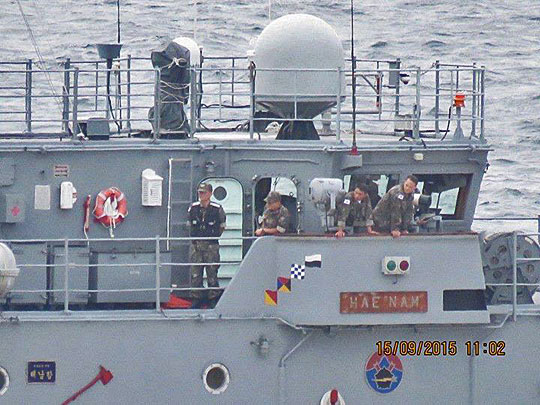 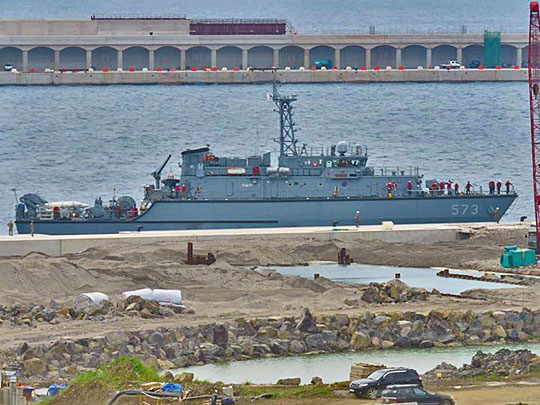 Photo by Inchun Park: He reports about a military ship, ‘Haenam’ on Sept. 15, which seemed like a kind pf preparatory ship before a aegis on Sept. 16

Gangjeong fordert: "Go away, Aegis".
A kayak countering an aegis 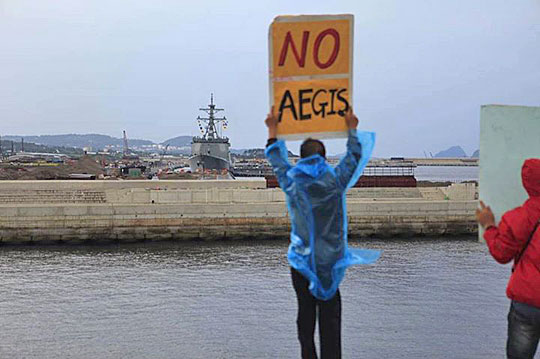 People waking up early 5 am, preparing all the signs and staying in the port by 8:30 am in the mid of heavy rain. Fr. Kim Sung-Hwan holds a sign of 'No Aegis' facing Aegis 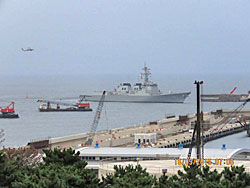 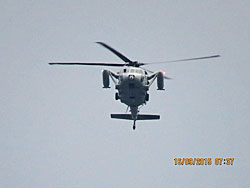 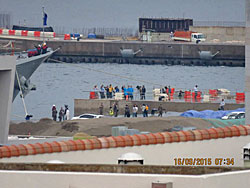 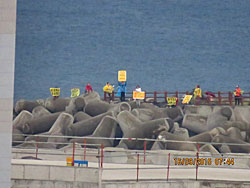 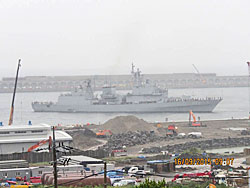 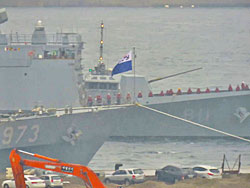 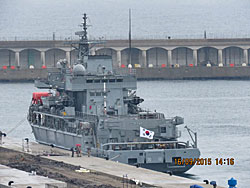 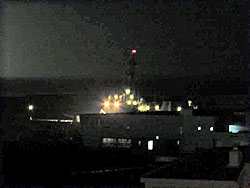 For the 1st time, military ships moor in the Jeju naval base. Three ships including two aegis destroyers(Sejong, the Great and Yang Man-Choon) and a convoy this morning with a military helicopter with heavy noise flying low. It is told that the navy is planning to send total 22 military ships by the mid of October for safe mooring test etc. Is it for the 47th ROK-US Security Consultative meeting in mid-October? Or a kind of missile defense test with the excuse of North Korea rocket launch supposedly on Oct. 10? Whatever, today, we feel really tragic... and determined:
- No Missile defense!
- No ROK-US-Japan trilateral military alliance!
- No War base in the Peace Island!16. September
[Sept 16 video] The day when an aegis first came to the Gangjeong Sea.
Video by Gangjeong movie-making team
http://bit.ly/1Km55qc
강정9월16일이지스.mp4